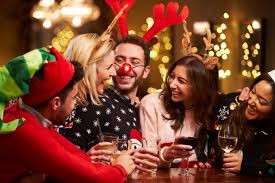 The annual Christmas ‘do’:

We’ve seen in the media over the last few years, examples of when the Christmas party gets out of hand. Private functions, and employer-organised functions, are two very different things.

It has already been established by our employment law system that the employer has a duty of care to its employees even when off-site and/or after hours, in terms of an employer-organised Christmas function.

Areas of concern include

So here are some ideas you may want to consider:

If the event occurs immediately after work and on the organisation’s premises, make sure that food is provided and proactively keep an eye on how much staff are drinking. One way to do this is to appoint or employ casual bar persons for the evening and if appropriate (depending on your work culture) to keep an actual tab. It’s a good idea to advise staff beforehand of the potential problem and set some guidelines, including a specific end time for the event. Another idea is to provide minicabs to take people home afterwards.

Perhaps a better idea is to hold the event at licensed premises where food is provided as part of the event. The bar staff can be informed about the number of drinks each person can have, and they are also trained in recognising when people are becoming intoxicated and can refuse service.

In terms of health and safety the event will come under the policies of the licensed premises. You can still consider the minicab idea, or provide cab vouchers to get people home. This is not so that they can become intoxicated, but it does mean they can relax and have a drink without worrying about driving while being over the limit.

Another idea is to hold the event on a Saturday or Sunday afternoon at a park or the boss’s back garden and include families, along with the Company Santa for the kids, providing food, a drink or two, and making it a family event with less likelihood of alcohol problems and bad behaviour.

Keep up-to-date with what's happening in the human resources world with all the latest news, opinion, and features.